Blessed are the dead that die in the Lord

They miss him most that knew him best. He sleeps in Jesus.

Gone but not forgotten. 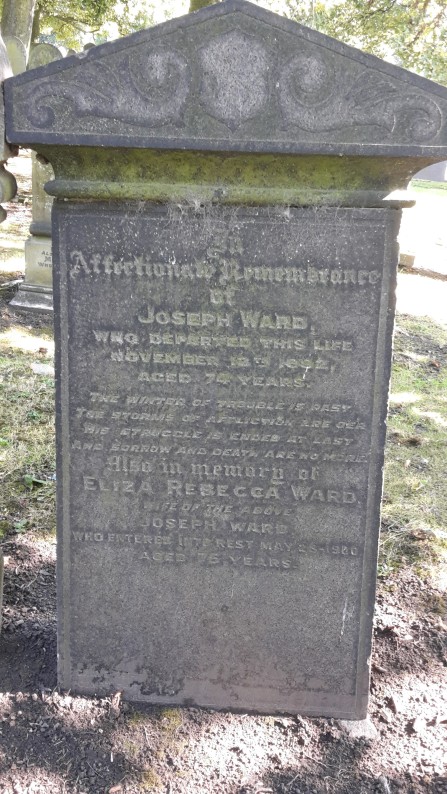 The winter of trouble is past, the storms of affliction are o’er, the struggle is ended at last, and sorrow and death are no more.

Also of Eliza Rebecca WARD wife of the above Joseph WARD who entered into rest May 28th 1900 aged 75 years.

In memory of William WARD cab proprietor of this town who died 14 March 1882 aged 41.